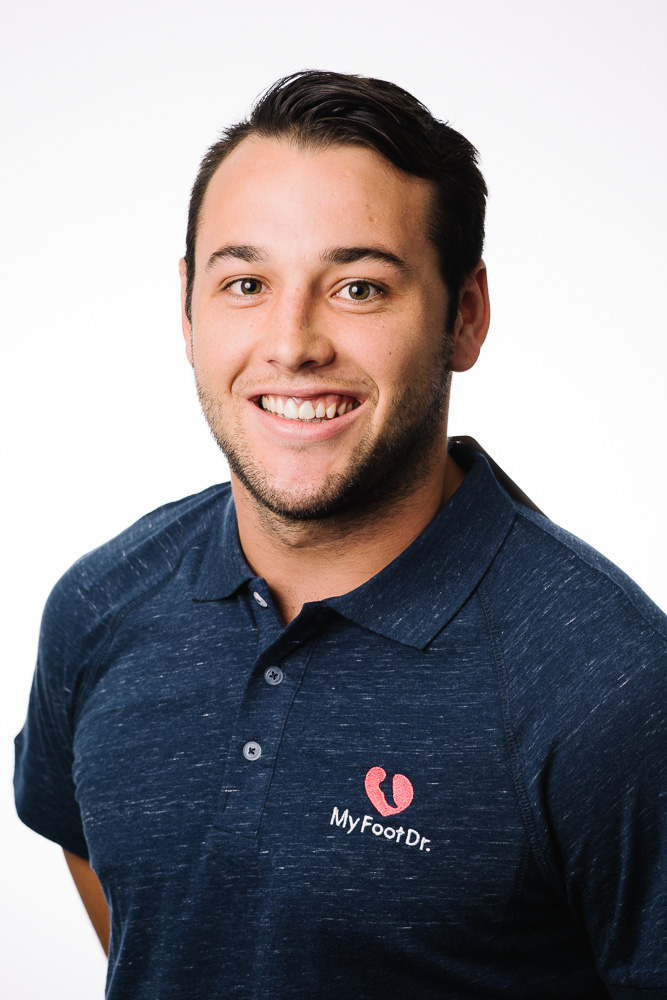 Corey was born and raised on the Central Coast, NSW and completed his Bachelor of Podiatry at the University of Newcastle in 2017. He then moved to Dubbo in 2018 to join the My FootDr team as a part of the New Graduate program.

He enjoys all aspects of podiatry, however he has a keen interest in sports podiatry, injury management and rehab, orthotic therapy and children’s foot health. His curiosity for podiatry began as a child when he was prescribed orthotics himself from a young age.

Aside from podiatry, Corey likes to spend time with his partner Madi and their chocolate labrador Hershey. He also enjoys keeping fit at the gym and plays rugby league.