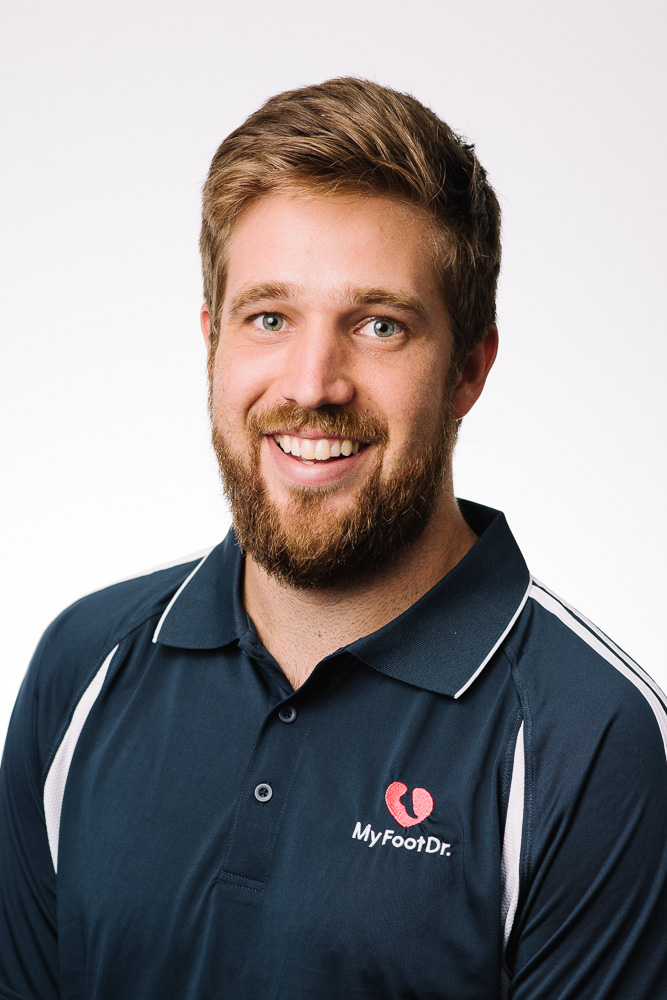 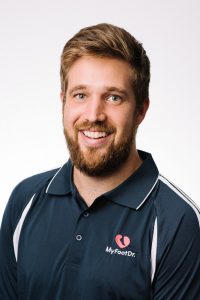 Simon joined the My FootDr team after graduating from the Queensland University of Technology in 2017 to join our team of podiatrists at our Camp Hill clinic where he is now based. As a teenager, Simon was active in several sports and subsequently had had several injuries which were managed by a podiatrist. It was this, as well as his passion for helping people which led him to pursue a career in podiatry.

Simon is passionate in playing an important role in the rehabilitation of musculoskeletal or sports injuries including paediatric lower limb care through thorough understanding of human biomechanics and orthoses. He has continued his development in these areas by undertaking further courses in running assessments, foot mobilisation techniques, exercise prescription and dry needling. Simon has also completed training in the prescription and fitting of above the ankle orthoses including SMO and AFO devices in collaboration with Surestep and iOrthotics.

To provide superior patient education and care, Simon is proficient in the use of all diagnostic and therapeutic tools on offer at our Camp Hill clinic including extracorporeal shockwave therapy, PinPointe laser therapy, doppler ultrasound and plantar pressure studies.

Simon now takes pride in helping to mentor final year podiatry students as well as graduate podiatrists within the clinic.

Outside of podiatry Simon enjoys the outdoors, staying fit and healthy with continued involvement in basketball and attempting to play golf.