Queensland Cricket will once again put its best foot forward with my FootDr continuing our sponsorship with the group for 2017-18 season.

So, what’s the connection?

my FootDr will continue as major sponsor of the Bulls for the 2017-18 season as part of an expanded presence with Queensland Cricket that will also include the Konica Minolta Queensland Fire and Premier Cricket competition.

my FootDr was a foundation sponsor of the Brisbane Heat and will maintain that association as part of the expanded arrangement, alongside the WBBL Brisbane Heat.

The Bulls will continue to carry the my FootDr logo on their playing and training apparel during the Sheffield Shield and Matador BBQs One Day Cup competitions.

my FootDr will continue to extend its professional services to include all Heat, Bulls, Fire and Queensland youth players and encompass foot and lower limb screenings, specialised orthotics and spiking and other cricket shoe modifications. 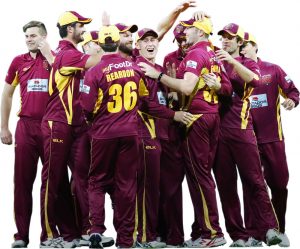 Founded in 2004, my FootDr has grown into Australia’s largest and most trusted podiatry group, providing foot orthotics and podiatry treatment as well as custom medical grade pedorthic footwear and braces to 200,000 patients across 28 clinics in Australia.

“my FootDr have been outstanding supporters of cricket in Queensland and we thank them for committing to the Bulls and the Fire, and to our pathway teams and Premier Cricket competitions,’’ he said.

“my FootDr have firmly established themselves as a valued partner, both as a sponsor of our elite and pathway teams, but also within the wider grassroots cricketing community,’’ he said.

“Their reputation is of excellence in their chosen field, and our players and staff cannot speak highly enough of their efforts from our involvement,” he said.

my FootDr CEO, Darren Stewart said he is proud to not only be the naming rights sponsor, but also the impact we have on grass roots participation.

“It’s great to be contributing to the grass roots players so that the next generation of Queensland Cricket players are comfortable, injury free and in the best possible shoes to optimise their performance,” he said.