Small acts of generosity are about to put a very big spring in the step of indigenous children throughout Queensland, with podiatry centre My Foot Dr Stafford collecting more than 400 pairs of shoes to donate to a community mentoring and coaching program.

It’s the work of local podiatrist Cameron Fleet who has supported the not for profit organisation Shoes for Planet Earth for more than two years by collecting unwanted shoes at his Stafford clinic.

“We see patients in the wrong shoe or they’ve bought a shoe and worn it to the point where it’s no longer suitable for them, and rather than leaving them to sit unused in their wardrobe they’re being put to good use,” Mr Fleet said.

“We’ve collected around 400 pairs since October alone following a tremendous response from the community. We treat a lot of park runners, and they’ve really rallied together to help us out.

“We’re delighted to support children throughout the regions, many of whom don’t have something as important for healthy feet as shoes.”

The basketball academy’s director Brian Kerle said the shoes would be put to great use.

“Most of the shoes are given out through the indigenous programs but I also give a few pairs to homeless men and women,” he said.

“I’m visiting Cunnamulla in June to set up some programs and activities and I’ll be able to give out 100 pairs there.

“In the next three months I’m visiting Blackwater, Emerald, Mackay and Rockhampton running programs for indigenous kids. Then I’m going to Samoa in September.

“The shoes go a long way, but they don’t go far enough. Most of the kids in these regions don’t have shoes.” 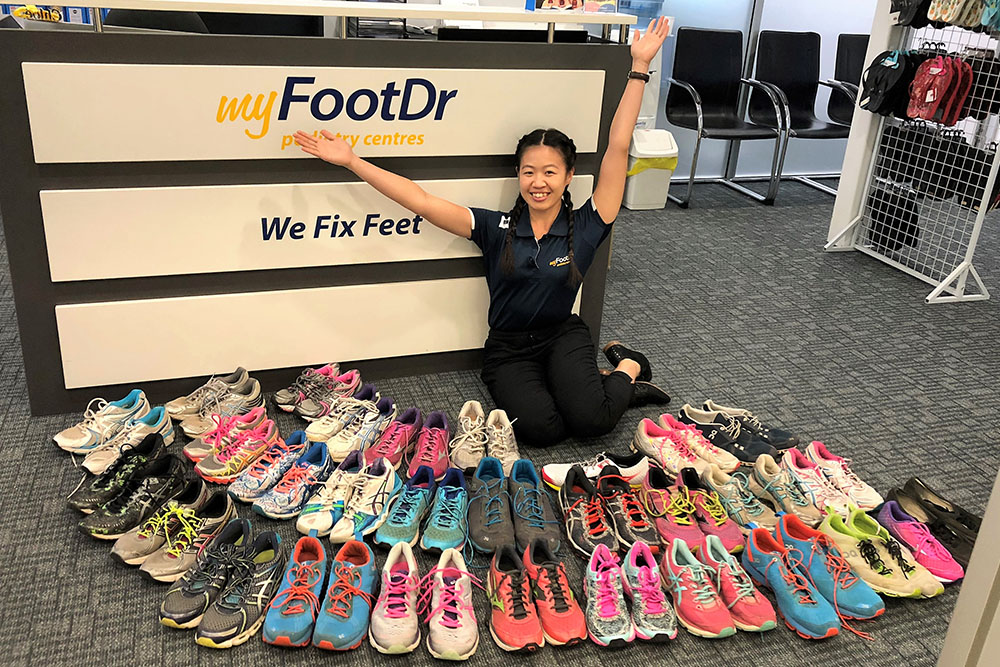 My FootDr Stafford donates footwear to Shoes For Planet Earth

My FootDr Stafford has once again rallied the community to find pre-loved running shoes to donate to Shoes For Planet Earth, a non-profit organisation that provides local and international communities with footwear.

Our Stafford podiatry clinic is equipped with state of the art podiatric equipment, such as video gait analysis equipment for comprehensive biomechanical examinations, 3D foot scanning technology for custom orthotics and a dedicated surgical room for ingrown toenail surgeries and general and diabetic footcare.

We are excited to announce that our team at my FootDr Stafford Heights has moved in with our Stafford team located at Stafford City Shopping Centre.

As you know, it’s been a while since we changed our name from Podiatry Point to my FootDr and we’re thrilled to come together as one team.