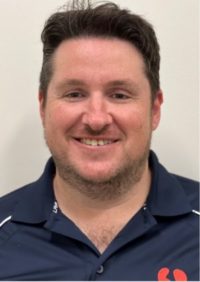 Mark graduated from University of Western Sydney and has clocked up over 15 years of experience working in a variety of clinical settings. While able to cover all aspects of podiatry, his interests are biomechanics and sports injuries, in particular sports that involve football boots. Mark is infamous amongst his colleagues for boring them to tears during long conversations about the shapes and configurations of studs under soccer boots! He enjoys his role these days as a Senior Podiatrist and likes to spend time helping the younger generation of podiatrists to master their craft after benefitting from working with some amazing mentors earlier in his career.

Mark has previously owned his own practices, in particular Camden, but has recently made the decision to become part of the My FootDr team. He is really looking forward to working as part of a team again and continuing his education as a practitioner as well as passing on some of his knowledge and experience to his colleagues.

Away from work, Mark is either tinkering with cars or watching and playing sport. He holds national coaching licenses in soccer (although he calls it Football!) and still plays in the local Over 35s competition. He’s a keen golfer as well and hopes to work on getting better with that once he stops kidding himself that he can run around a soccer field at his age.

His greatest challenge in life these days is as a single father to his two amazing daughters! They keep him on his toes, and he is always more than happy to share photos and stories with his patients about his girls (even when they don’t ask!).