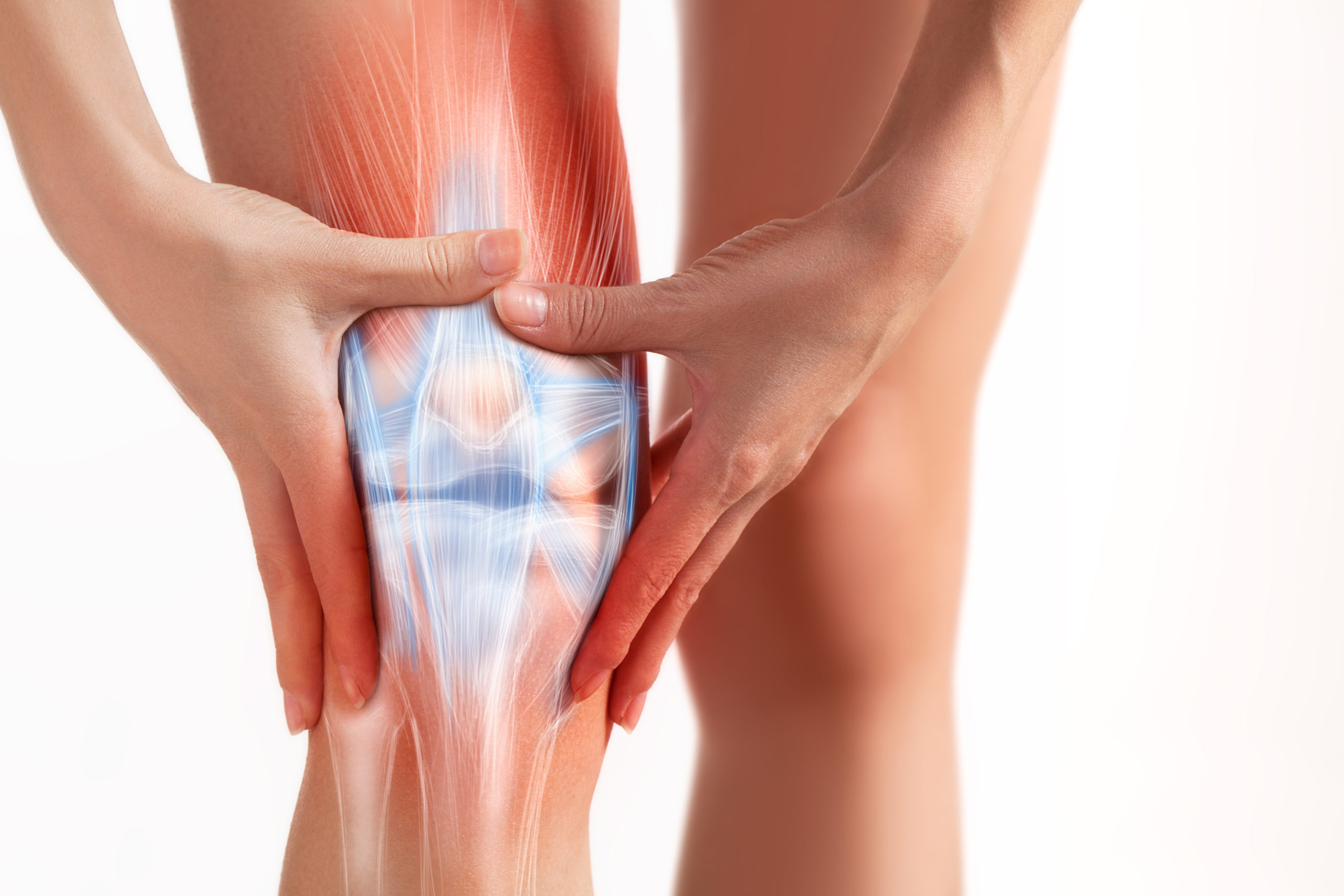 Your knee joint is one of the most complex joints in your body – and takes on an incredible amount of force during movement, even walking transmits two to three times our body weight across the joint.

As such, the knee joint is reinforced by many ligaments (as well as many other tissues) for optimum stability, support and control. When placed under great strain or trauma, these ligaments can become damaged, may partially tear – or may even completely rupture.

Excessive force applied to the ligaments, through the knee joint, is the leading cause for injury. Any direct impact or force can do this, like when a soccer ball hits your knee at high speed, or if you’re tackled during a game of rugby and your body is thrust forwards or backwards while your foot is firmly planted on the ground.

This injury will render the ligaments unable to perform their function to keep the knee joint stable and functioning well. It also causes pain, stiffness, swelling, makes it difficult for you to bend the knee and place weight on the knee, and leaves you generally feeling weak and unstable.

There are two sets of ligaments within the knee specifically that we care for here at My FootDr – the collateral ligaments and the cruciate ligaments.

We see a number of ACL injuries in skiing sports, basketball, soccer and other sports that involve sudden stops/starts and changes in direction. PCL injuries tend to occur more in car accidents where the knee or shin bone hits the dashboard, from falling on the knee while it’s bent or any ball sports where the ball hits the shin bone at speed.

How Are Knee Ligament Injuries Treated?

Ligament injuries must be acted upon immediately to produce the best results, as these injuries can otherwise be difficult to heal and longstanding. When ignored, the injuries can also worsen, with a ligament sprain progressing to a tear or worse.

Your My FootDr podiatrist will start by assessing the extent of the damage and your current symptoms, including which other tissues or ligaments may also be simultaneously damaged, as is often the case in knee ligament injuries.

Our goal is to reduce any strain on the damaged structures and create an ideal environment for healing, while preferably keeping you mobile. This may include the use of bracing, offloading pressure from the knee joint with custom foot orthotics (if alignment issues are causing strain on the ligaments) or ankle-foot-orthotics, using supportive and stabilising footwear. As healing progresses, we will gradually introduce a strengthening, flexibility and knee mobility program. 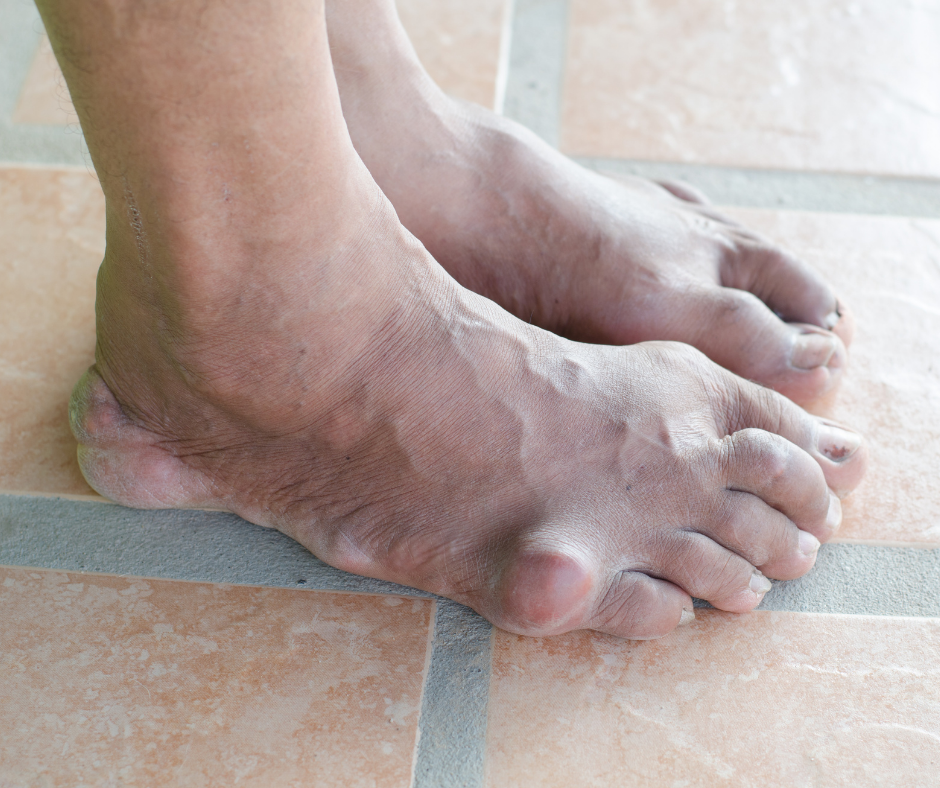 Arthritis can be a painful, restrictive and debilitating condition. While pain and discomfort is one aspect, arthritis in your feet can also cause permanent changes to the joints that can impair mobility, make comfortable shoes more challenging to find, and ultimately affect your quality of life and independence. 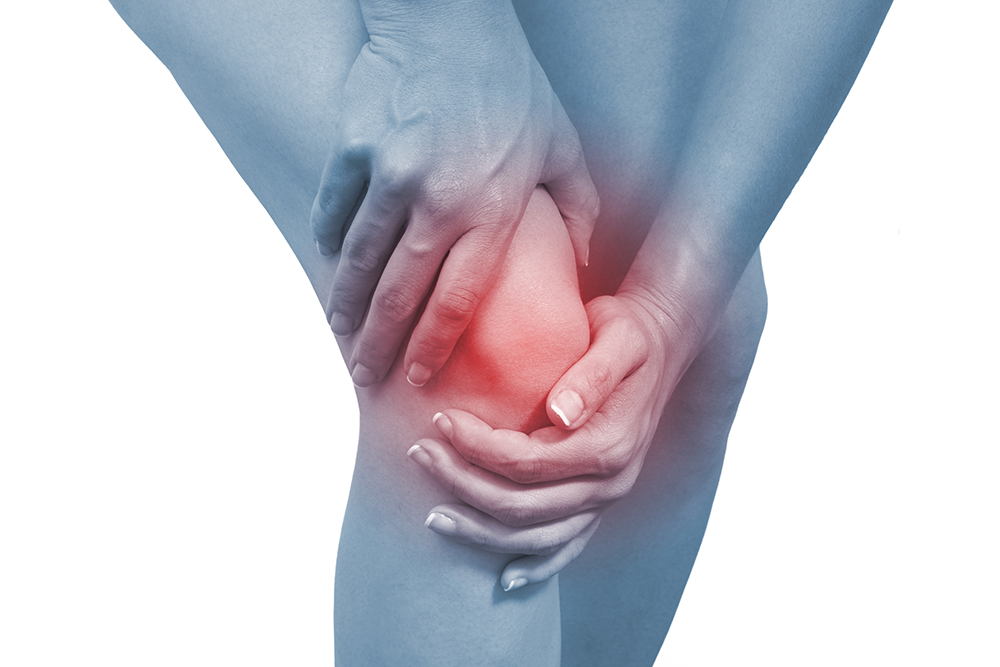 You may have heard this problem being referred to as runner’s knee due to its tendency to affect runners - unfortunately, you don’t have to be a runner to develop this pain and anyone is vulnerable.

Growing pains in kids aged between 7 and 16 years is one of the most common problems we see and treat here at My FootDr when it comes to children’s foot health. Often, many parents don’t seek help for growing pains due to the misconception that like teething in babies, there is no treatment that can help aside from medicated pain relief, and it’s just a stage that children must grow through. This is not the case at all.

Growing pains have a distinct cause related to growth plates in the bones and the differences in growth rates between muscle and bone. As such, they have straightforward treatment solutions that our podiatrists can help you with. Often, with the right treatment, we see growing pains resolve in a matter of weeks - not months or years.

Why Do Growing Pains Occur?

All growing bones have areas called growth plates, usually located at the ends of a bone. These areas are cartilaginous areas of bone where the body adds new bone cells and so they grow. When we reach maturity, these growth plates turn to solid bone, and so we stop growing.

As the growth plates aren’t as strong as the rest of the bone, they are more vulnerable to irritation and damage when the bone is stressed. With growing pains, it is often tight muscles and tendons that pull on and stress the bones to which they attach, that irritates the growth plates, and produces the painful symptoms we know as growing pains. Often, the reason for the tightness is that the muscles haven’t grown and elongated at the same rate that the bones have been growing during a growth spurt, and this is aggravated by higher levels of physical activity in kids of this age.

There are three main types of growing pains in the feet and legs that we treat in kids.

Growing pains in the feet often occur in a very specific area - the outside border of the foot at the bony bump called the styloid process. Your child will often grasp the outside of their foot and find it painful to walk and put pressure on the foot. The pain may come and go, or start as a small niggle before progressing to serious and debilitating pain.

Barefoot running, jumping sports and narrow fitting footwear can all be aggravating factors, as they can rub against, pull at or irritate the bone containing the growth plate, as well as the attaching peroneal tendon.

Growing pains in the foot is also known as Iselin’s Disease - learn more about this condition here.

Growing pains in the heels tend to affect the very back of the heel, as opposed to the bottom of the heel or the arch. When the heel bone grows faster than the attaching Achilles tendon during a growth spurt, the constant pull from this thick, strong tendon can damage the growth plate and kickstart the painful symptoms.

As the tension and pulling from the Achilles skyrockets during running, jumping and physical activity, the symptoms often start during or after sports.

Growing pains at the heels is also known as Sever’s Disease - learn more about this condition here.

Growing pains in the knees cause pain and sometimes swelling below the kneecap, at the top of the shins, which can radiate around the knee joint. It is thought to be caused by the strong quadriceps muscles (the group of muscles at the front of the thigh bone) that put tension on the top of the shin bone where the growth plate is located.

The pain tends to be aggravated by physical activity, especially when running, bending the knee, squatting, kicking and kneeling.

Growing pains at the knee is also known as Osgood Schlatter’s Disease - learn more about this condition here.